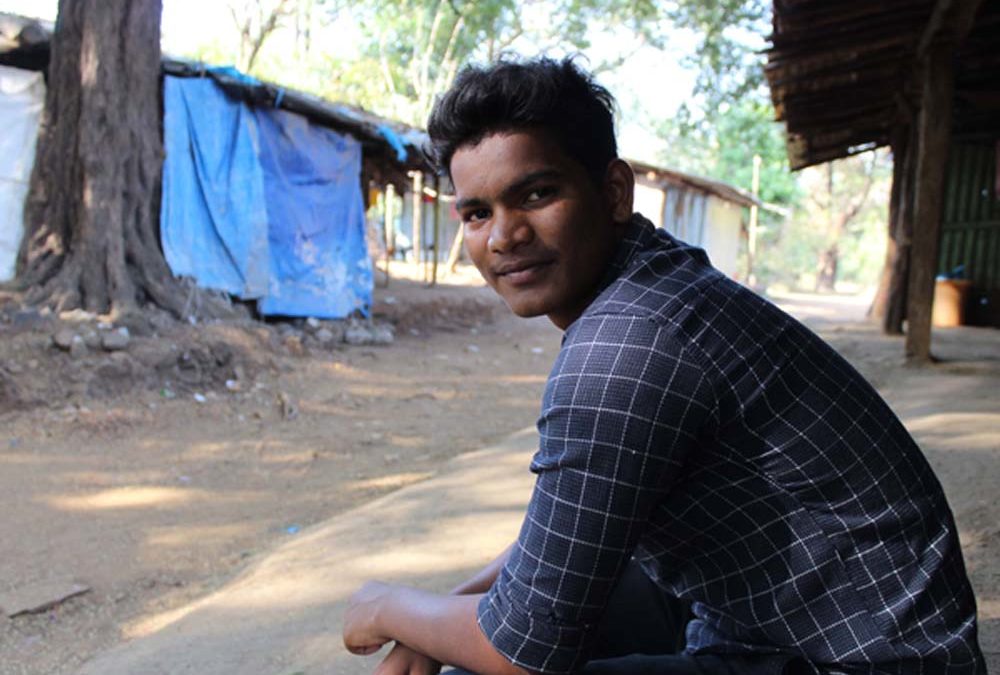 Sandeep Chauhan, a nineteen-year-old tribal resident of Sanjay Gandhi National Park, Borivali, turned youth activist for Water, Sanitation, and Hygiene (WASH) in his pada, shares his story of what motivates him to advocate for toilets in his community.

“I was three years old when a leopard attacked me one evening outside my house” recalls Sandeep.“Even though I was really young at the time, I still remember the feeling of terror that consumed me that day. Luckily my mother was nearby and she managed to save me. However, a few months later, my elder sister who was only five years old, had ventured into the forest behind our home to urinate, and she was attacked by another leopard. We couldn’t save her; she was mauled to death. Since that day, having a toilet means more than privacy or hygiene for my family. It is actually a life-saving utility, without which our survival is at stake.”

Sandeep Chauhan connected with CCDT’s Sahyog project staff members in 2015 through the launch of a Maternal and Child Health and Nutrition program in partnership with Plan India. Sahyog was designed to enhance the health of marginalized tribal communities living in Adivasi padas of Sanjay Gandhi National Park in Borivali and Aarey Colony in Goregaon, Mumbai.

“Living in a National Park, surrounded by a forest comes with its own set of difficulties,” shares Sandeep, “but not having access to toilets is our greatest daily challenge. Especially for women and girls who have to wait until nightfall for some privacy when they go outdoors to defecate. Because the forest was an open toilet for everyone in our community, the area became very unhygienic and a lot of our young children used to fall sick with diarrhea and related illnesses.”

According to a UNICEF report, unsafe water, poor hygiene practices, and inadequate sanitation are not only the causes of the continued high incidence of diarrhoeal diseases but a significant contributing factor in under-five mortality. Lack of sanitation and particularly open defecation contributes to the incidence of diarrhea and to the spread of intestinal parasites, which in turn cause malnutrition.”[i]

“Earlier, I used to feel ashamed to bring my college friends home. They encouraged me to find a solution to this issue and advocate for community toilets. But we were young, and no one took us seriously. Then, with CCDT’s help, nine youth from our community came together and drafted a script on the need for toilets and sanitation. Reshma didi, CCDT’s social worker, helped us enact the script and we put together a street play that focused on using available community toilets and aimed to alter age-old, set community behavior patterns of defecating outdoors. Hence, we used this interactive medium of street plays to bring about a change in our community.”

“We live in national forest area, so permanent construction using bricks isn’t allowed. We, therefore, advocated with the Forest Department for functional and hygienic toilets that the entire community could access.”

Sandeep and his group of street performers petitioned the Forest Department to repair the existing non-functional community toilet in their area and ensure that it had doors and lights.Sandeep’s group continues to perform street plays on other community-issues till date.