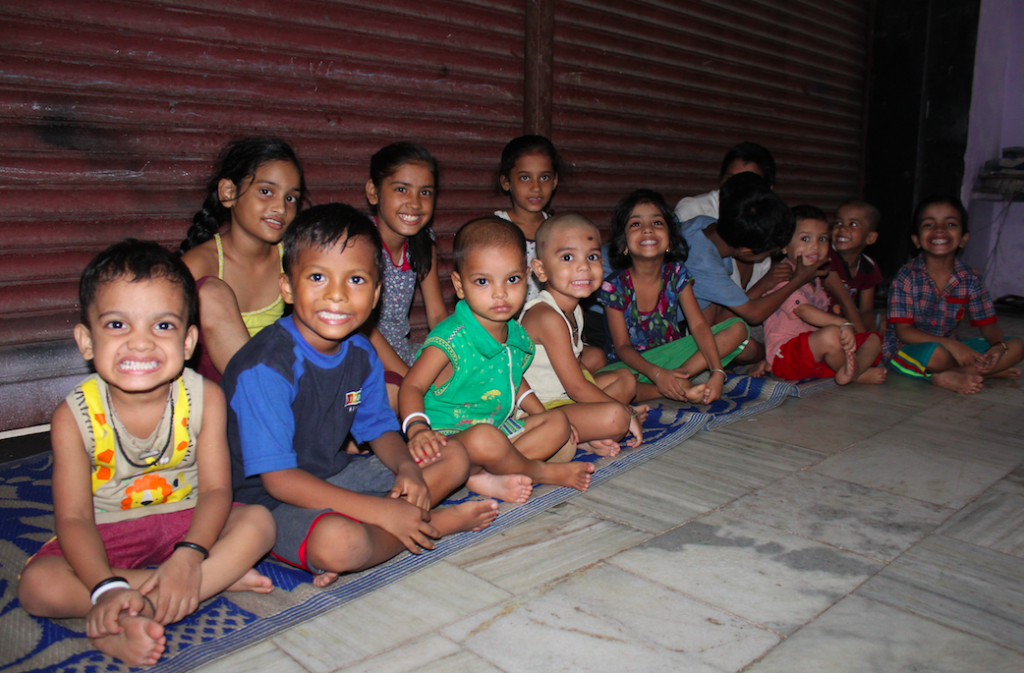 As the clock ticks 11, you generally see children carrying tiny bags and running towards the ‘Anganwadi’ center.  But this was not the case in Bhurikan Pada,a tribal hamlet at Aarey colony in Goregaon, Mumbai. It does not have an ICDS center. The ICDS center at Khadka pada, an adjacent tribal hamlet was expected to provide ICDS services to the children of Khadak pada as well as Bhurikan pada. However, in reality none of the ICDS service reached  Bhurikan pada.

Launched on 2nd October 1975, the Integrated Child Development Services (ICDS) Scheme is the Indian Government’s flagship program and represents one of the world’s largest programs for early childhood care and development. It is the foremost symbol of our country’s commitment to its children and nursing mothers, as a response to the challenge of providing pre-school, non-formal education on one hand and breaking the vicious cycle of malnutrition, morbidity, reduced learning capacity and mortality on the other.

A discussion was held with the Mata Samiti members. Mata Samitis comprise a committee of women from the community who are responsible for monitoring the quality of services of ICDS. While exploring the reason for why the ICDS service was not accessed by the beneficiary of Bhurikan pada, it became clear that the two hamlets were distantly located from each other. Moreover, Khadak pada was located on higher ground as well as had dense bushes and tall grass outgrowth on that route. A discussion was initiated with the community members of Bhurikan pada to further understand the issues. The discussion threw up that community members found it difficult to travel to Khadak pada due to unsafe roads and hence they do not send their children to the Angandwadi and not even collect THR.

This is just the beginning of how Sahyog has expanded the reach of ICDS to include India’s most marginalized, urban tribals. Sahyog in partnership with Plan India reaches the most deprived-tribal communities living in Adivasi padas of Sanjay Gandhi National Park (SGNP) in Borivali and Aarey Colony in Goregaon, Mumbai since March 2015. The program works to improve the health of pregnant women and lactating mothers, children between 0-6 yrs and adolescents between 12-18 years.