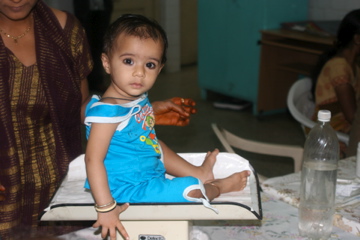 Waiting in the Wings: On society’s fringes are 700 tribal communities that have been marginalized by the India growth story. Tribal communities fall behind the national population on all measures—economic standing, health, and education—held back by decades of discrimination and rights violations. [i] If we were to measure how far behind these communities rank on health indicators alone, statistics paint a bleak picture. Compared to the rest of the country, tribal women struggle to access adequate maternal health services across the continuum of care. Consequently, more than half of all maternal deaths in India occur in tribal communities.[ii]

From Margins to Center: Although the government has formulated special programs for tribal communities and allocated significant resources to bring them from margins to center, they still occupy the fringes. This World Health Day, public health experts emphasize the need to make “Health Accessible to All” — ensuring that everyone, everywhere can access essential quality health service without hardship. CCDT’s Sahyog program that addresses maternal and child health in tribal communities identifies three pivotal cornerstones that improve tribal health outcomes:

1.     Enhance nutrition: Poor nutrition weakens a woman’s ability to survive childbirth. Malnourished mothers are more likely to bear low birth-weight babies, who in turn are more likely to die in infancy.[iv] Poor nutrition thus debilitates the health of tribal women and children across generations. Experts recommend that the best times to improve nutrition levels are at infancy, adolescence and pregnancy, where the consequences of poor nutrition­­­—i­f left unaddressed­­­—are magnified. Sahyog employs a multipronged strategy to reach out to pregnant women and lactating mothers, children between 0-6 yrs and adolescents aged 12-18 years. Pregnant women and lactating mothers are screened for high risk, and children at-risk of and with malnutrition are identified through anthropometric measurements. They receive focused intervention through individualized home visits, mothers’ group meetings, and nutrition demonstrations on child care practices, nutrition and optimal feeding practices coupled with provision of supplementary nutrition.

Anticipating that it is vital to not only initiate Anganwadi centers but also monitor service provision and ensure quality — Sahyog’s team has worked toward the formation and strengthening of Mata Samitis. Mata Samitis comprise a committee of women from the community who are responsible for monitoring the quality of ICDS service delivery.

Varsha Carde, a 24 year old Mata Samiti member of Navapada shares, “Initially we had no clue about what we could do, but the monthly meetings held by Poonam tai (Sahyog staff) and the Anganwadi tai helped us to understand our role better. We now monitor the quality of Take Home Ration (THR), raw ready-to-cook packed food given to children aged six months to two years, pregnant women and lactating mothers. When the stock of THR comes we check its expiry date, ensure that no packet is torn and monitor its distribution. Initially, we observed that some women would not take THR as they did not know about its nutritional value and how to prepare meals. To address this issue, we held sessions in our community to explain the nutritive content of THR as well as shared recipes such as ladoos, kheer, puri, bhajiya. This has resulted in women actively demanding for THR each month.”

3.    Improving and Expanding the Reach of Government Schemes: Government programs­­­—such as the Integrated Child Development Service­­—were designed to enhance maternal and child health outcomes. Unfortunately, they are poorly implemented and benefits rarely reach those for whom they were intended.[vi] CCDT’s Sahyog program therefore simultaneously strives to build the capacity of Anganwadi workers through capacity building workshops and training programs. By demonstrating best practices at the Anganwadi centers, such as how to document anthropometric measurements, CCDT strives to ensure delivery of quality government health services.

Additionally, CCDT works to expand the reach of government services to remote tribal locations. Over 50 remote tribal hamlets still survive in Mumbai’s bustling city, spread across Sanjay Gandhi National Park and Aarey colony. Morshipada is one such tribal pada that serves as an example how CCDT’s Shayog program has expanded the reach of ICDS to include India’s most marginalized, urban tribals.

An Anganwadi center located in Morshipada — a tribal hamlet at Aarey colony in Goregan, Mumbai — started functioning early this year in February.  The center now serves over 70 children (under six years of age) from 81 households in the pada. The Anganwadi worker monitors the weight and height of these children, provides supplementary nutrition and educates parents to ensure optimal growth and development of these young children.

“We all joined hands to ensure that young children from our Adivasi pada have access to the same opportunities of health and education services that children residing in other urban areas of Mumbai receive,” says Mr. Ashok Gadge, a community leader from Morshipada. “CCDT enabled us to advocate for our rights, it brought the community together and demonstrated how we could appeal to the government and ensure that ICDS services reached our pada. Through several meetings with ICDS Supervisor Ms. Shinde and our persistent demands for a functional ICDS center, the government finally deputed an Anganwadi worker and helper to survey the community. As a community, we proposed a common area that could be used as an Anganwadi center and our children started accessing ICDS services last month.”

Background: CCDT is a Mumbai-based non-profit that has been working on issues of Child Health, Protection and Rights since 1990. CCDT’s Sahyog program addresses the health needs of urban, deprived-tribal communities living in Adivasi padas of Sanjay Gandhi National Park at Borivali and Aarey Colony in Mumbai. The program works to improve the health of pregnant women and lactating mothers, children between 0-6 yrs and adolescents aged 12-18 years, living in these tribal communities.

[i]Ministry of Tribal Affairs, (2014).Report of the High Level Committee on Socioeconomic, Health and Educational Status of Tribal Communities of India.

[ii]Adamson et al., (2012).Are marginalized women being left behind? A population-based study of institutional deliveries in Karnataka, India.

[v]Ministry of Tribal Affairs, (2014).Report of the High Level Committee on Socioeconomic, Health and Educational Status of Tribal Communities of India.

[vi]Sachdeva, S. and Malik, J. (2012). Assessment of maternal and child health (MCH) practices with a focus on JananiSurakshYojana (JSY).